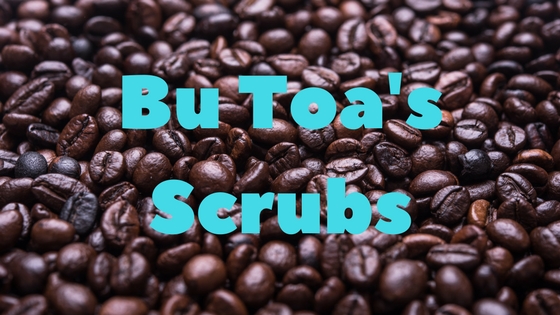 Pak Markita (‘Pak’ = Mr.) works in a hotel in Bali as a Food & Beverage supervisor. It has been ten years and business is at the lowest point. As many other hoteliers, his monthly income is partly determined by a service charge, which hasn’t shown a silver lining in the past five months, following dropping number of visitors to the island. He receives less than he did a year ago by 20 to 30 percent, which is why he is forced to think ways to make extra money. After a number of attempts did not seem to work as expected, from selling hookah coals to restaurants and night clubs to have a double job as a karaoke bar manager in the evening, Pak Markita starts to share his burden with his wife, hoping she can offer some ideas.

Bu Markita (‘Bu’ = Mrs. or Ms.) is a housekeeper in a hotel. As in her husband’s case, monthly income has also been affected quite significantly since the beginning of the year. They have two young children and the cost of living as Balinese where traditions are unavoidable and religious ceremonies are frequent and cost a lot of money can be overwhelming at times. She, too, has to squeeze her brain, thinking of how to make ends meet. Now, in their bedroom, lying in bed, her husband – usually stoic and dominant – speaks to her as if the sun will not rise tomorrow. For the next hour, they talk not only about what to sell, but also about what to do. Borrowing money from a relative will only put their family in further stress. Selling their only car will also put their family in distress in the long run. Selling her husband’s old moped will only save the family for less than a month. Moving to her parents’ house and renting their family home is not an option, especially for Pak Markita, because his pride as the man in the house just won’t allow it.

Then she comes up with an idea, albeit self-doubtedly: spa scrubs. She knows a company owner that does spa products, and she has been using this scrub cream for a month because it is fairly cheap and she feels her skin softened. That particular brand is not as well known as Brand X or Y, but it has met all the official registry and requirements. It also uses natural ingredients, something that matters nowadays. The product is also easy to apply. She can scrub her legs and armpits while watching TV. It does not feel as sticky as similar products sold in supermarkets, and she can sweeps the dirt easily off the floor after the scrubbing is done.

Pak Markita immediately feels uneasy. He has never sold any products that are specifically designed to target women. Nonetheless, he knows it is time for him to look to that direction. His mind start to weigh in and map out strategies. His wife gets up and goes to the kitchen. She prepares coffee for both of them, feeling that it is going to be a long night.

“Who do you think is the worst gossiper in the neighborhood?” Pak Markita’s voice breaks the silence in the house. His wife cannot believe what she just heard. She returns to the bedroom with a tray in her hands. Hot Bali coffee and fried tofu from this afternoon are served.

“Why do you want to know?” she says, losing grounds to where the conversation will lead.

“Just tell me. I’ll tell you why later.” Pak Markita sips his coffee.

“Well, there are some gossipers out there,” Bu Markita says.

“The worst one!” says her husband, chewing tofu in his mouth.

“It should be Bu Toa. She’s the worst of the worst. She can gossip morning to sunset.” says Bu Markita.

“Do you still have the unopened pot of that scrubs?” The man says. His eyes flicker.

“Give the unopened pot of scrubs to her. Give it to Bu Toa tomorrow. For free. Sell what good the scrubs do to you, but don’t sell it for money yet,” Pak Markita says with determination.

“What if she insists on paying?” his wife says.

“Don’t let her,” he says, finishing all the tofus on the plate, and gulping his coffee. “She’s the worst gossiper, right? If she pays and she thinks the product is bad, she will tell the world about how bad it is, and you will not sell anything because the other women will listen to her. If the product turns out bad for her, at least she will not say anything because she knows she’s got it for free.”

Bu Markita giggles, but she knows her husband may be right. It is a worth trying experiment. That scrubs will go to Bu Toa first thing in the morning. The middle aged couple finish their coffee, and contrary to the belief about the effect of coffee, they sleep soundly and snore that night.

It’s the next day. Pak Markita drops his oldest to school and goes to work. Bu Markita drops by at Bu Toa’s house with her younger son. She pretends she needs to ask her if she knows where to order yellow rice for her boss’s birthday. After that, she presents the scrub cream, with coffee aroma, to her unexpected neighbor, telling her it is free. Bu Toa pretends to protest, but keeps her gift eventually, and thankfully. Bu Markita goes on to drop off her son at her parents’ house and off to work.

A week passes and nothing happens in the Markitas household. On the eight day, a neighbor from the next block knocks on their door. She asks if she can buy a pot of scrub cream. Pak Markita purchased a set of 12 pots of scrubs days before, each with a different aroma. His wife now presents all of the 12 pots in front of the neighbor who ends up buying two of them. The next day, she sells another two to a different neighbor. On the third day of the selling, it is Bu Toa who shows up at her door, taking her sister. Bu Toa boasts that her husband has been complementing the glow on her skin after using the scrubs and now she wants to buy the jasmine variant. Her sister buys three pots, saying she will keep one and give out the rest to her colleagues at work. She asks if it is possible to be a reseller of the product. Yes! Of course! On the next day, Pak Markita has to restock his wife’s ‘shop’. Bu Markita is overjoyed. Not only has she successfully sold all of her scrubs, she now has six resellers at almost zero marketing cost. Bu Toa, the worst of gossipers in the neighborhood, has become her best marketing agent!

Both the Markitas are still struggling to make ends meet, but this time with a more positive outlook. With their scrubs, they now look into their work places for possibilities. They know they only need to find one person in each circle to make the plan work: the worst gossiper!

"You gotta dig deep and come out dirty."